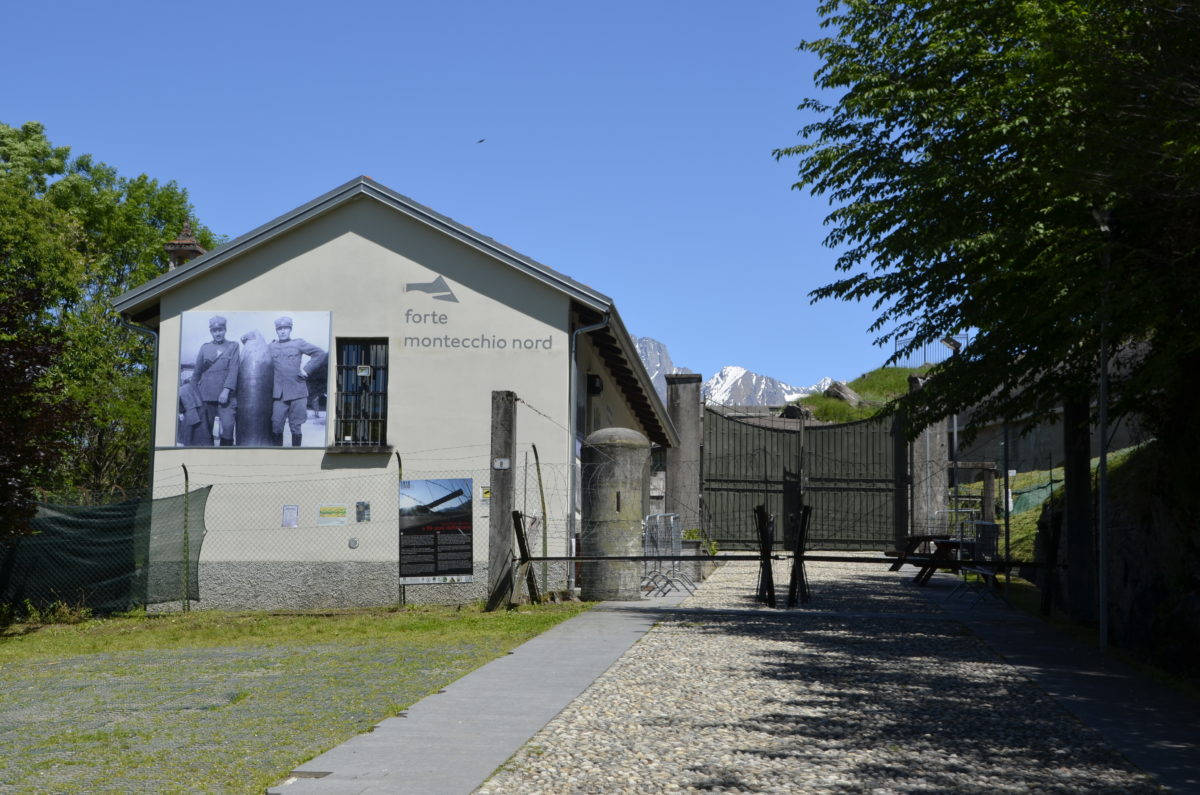 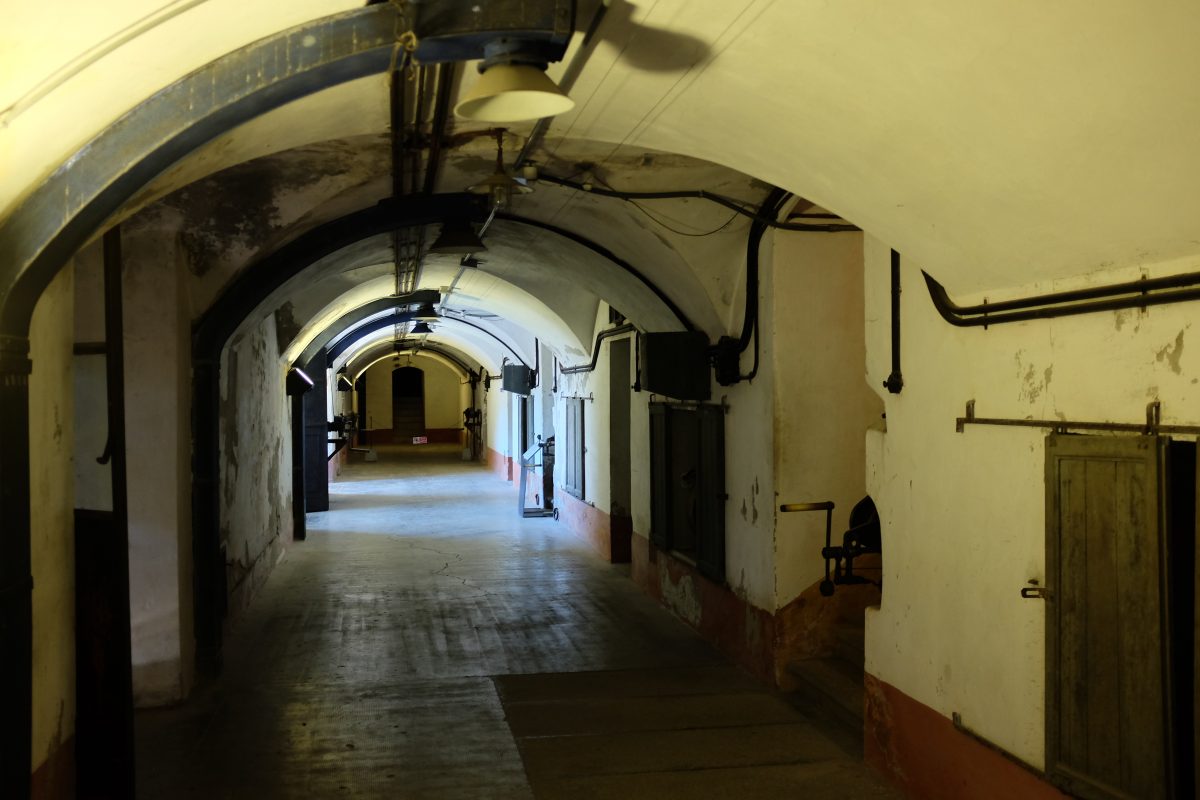 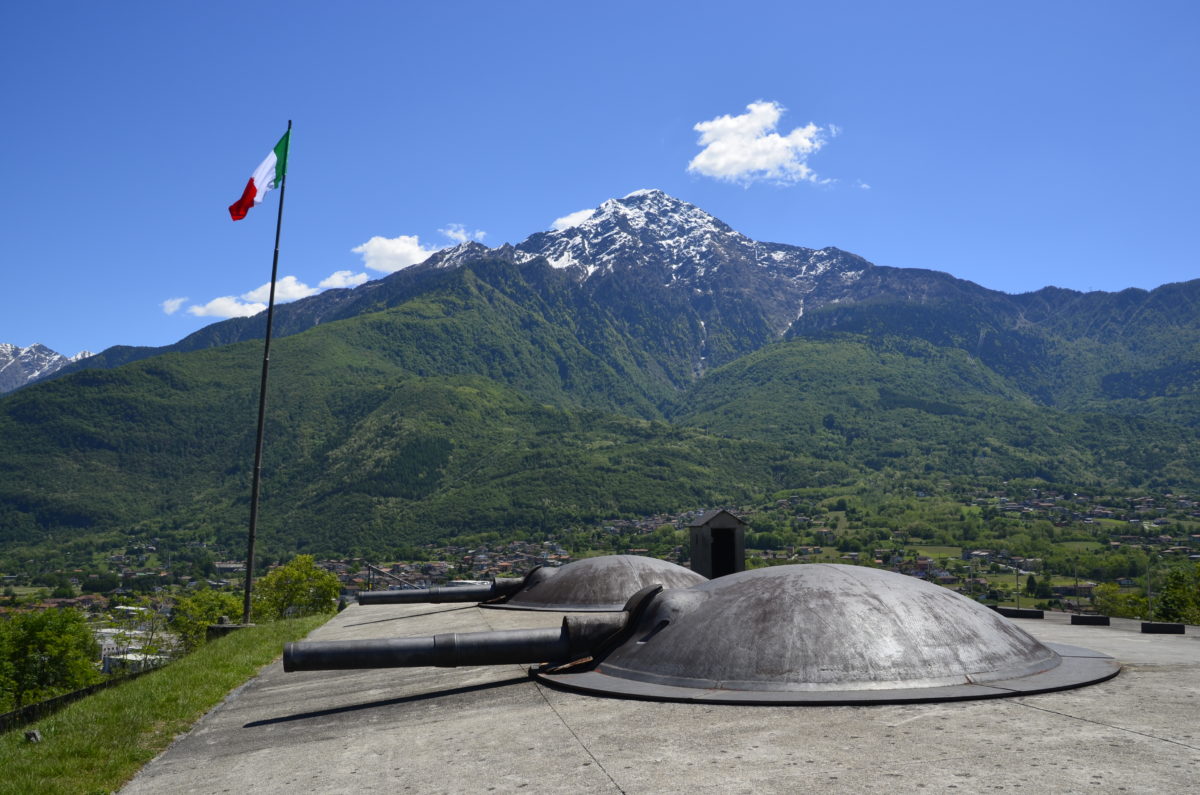 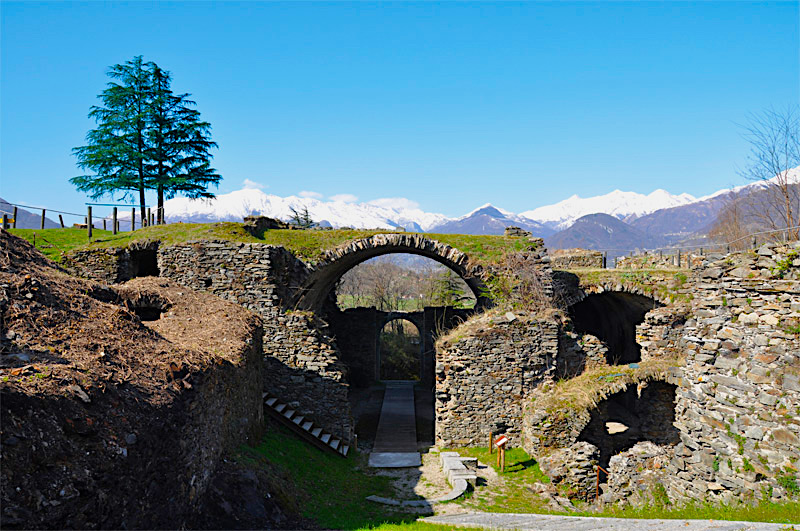 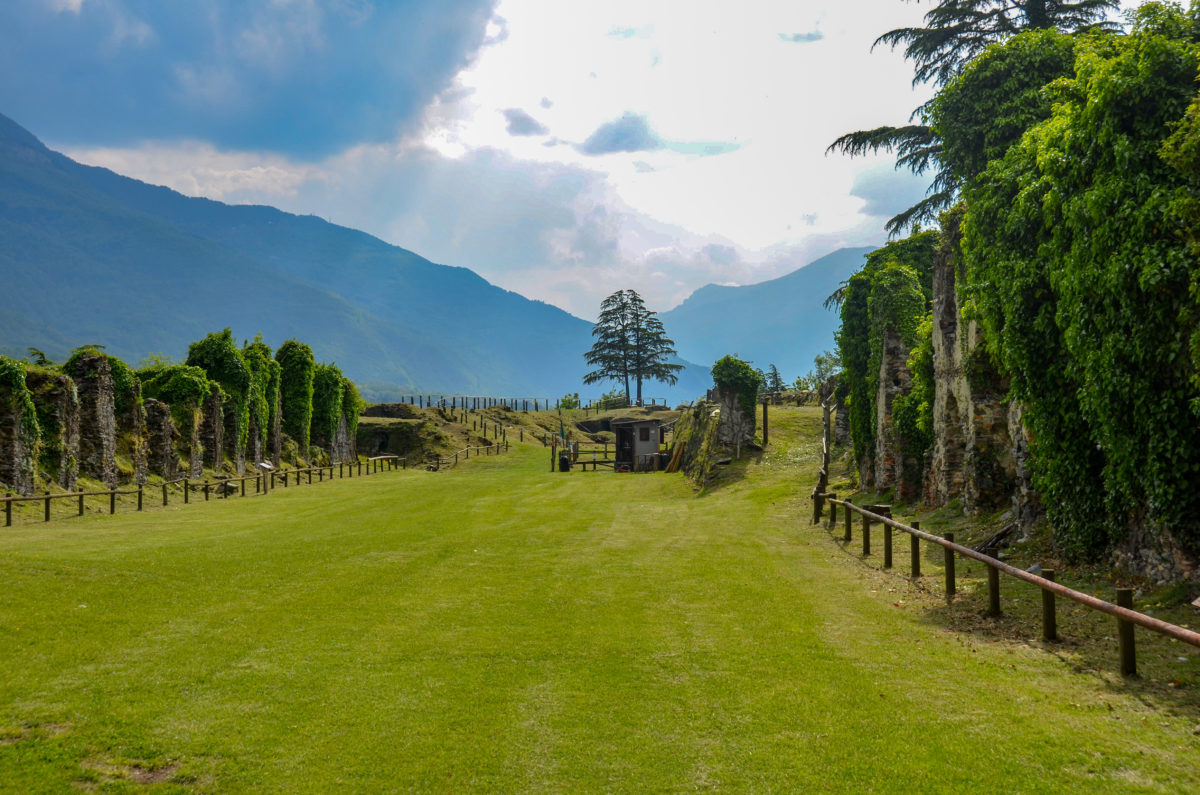 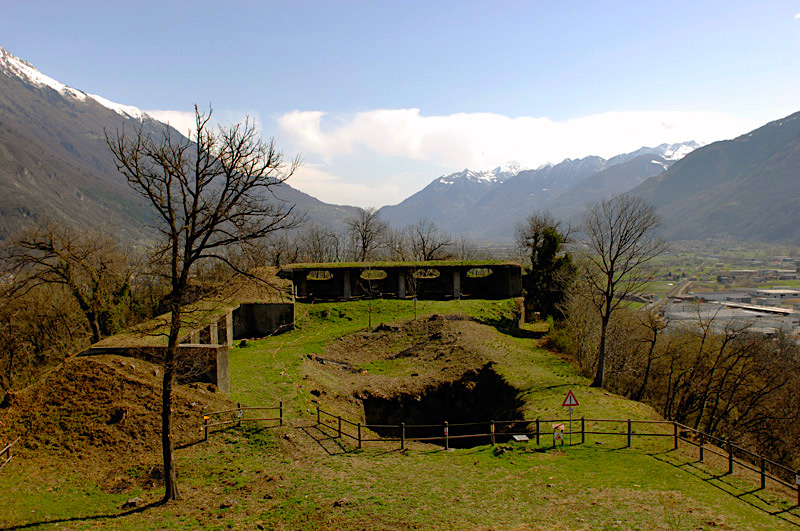 Easy walking in the heart of Pian di Spagna, toponym which, together with the Forte of Fuentes, recalls the Spanish domination in the area.

Starting from Infopoint Colico, we will proceed towards L’Ontano beach and then we will take the small path and the beautiful carriage road that leads to the first Fort:  Montecchio Nord.

With expert guides, we will discover this exceptional example of military architecture of the 20th century, the only Italian Fort that preserves the original structure and armaments.

The fort is a reinforced concrete and stone structure.
In the lower part of the building there are the military and officer’s quarters and the command room, where you can admire a wall map. A walkway, 140 meters long and illuminated by wolf-hole slots, connects the first building to the main two-floors one. From the second floor you can access the domes and going up to the roof you can admire the cannon fire mouths.

After the visit, we will continue on a nice path towards Monteggiolo and then we will go up following an ancient road to visit the Forte di Fuentes.

During the period of Spanish domination, the governor of Milan, Pedro Enriques de Acevedo Conte di Fuentes, decided to build a large fort to defend the northern border of the Duchy. The fortress was built between 1603 and 1606. The fort was later destroyed in 1796 by order of Napoleon. Today the remains of the building are still visible: the entrance, the soldiers’ quarters, the mills, the oven, the church dedicated to Santa Barbara, the Governor’s house and the north-east mural complex, popularly called “Tenaglia” because of its particular shape.

At the end of the visit we will have time for a packed lunch in the shade of the centuries-old oak tree of the Piazzale delle Armi.

The return path is along the Sentiero Valtellina.

GUIDEED TOUR IN ITALIAN AND ENGLISH

POINT OF DEPARTURES AND ARRIVAL: Infopoint Colico (Via Pontile 7), 9:30 am

Tasting in the vineyard

Food and wine itineraries Tasting in the vineyard – Tenuta Montecchio Colico The light in Franca’s eyes when she talks about her bunches is sparkling: the time of the harvest is near, a delicate moment in which the sun, the wind and the water are the accomplices of a good harvest and everything must be

The Pian di Spagna Natural Reserve, the largest in Lombardy, is a paradise for lovers of fauna and flora and for photography enthusiasts. The reserve extends from Lake Mezzola, in Valchiavenna, to Colico. Its name comes from the Spanish domination which lasted here until 1726. The reserve was created in 1985 with the aim of

The lake seen from the lake: an experience that should not be missed in your holiday on Como Lake! The “Breva” or “Tivano”, the winds that blow on the lake, ruffle the hair, amplify creativity, increase energy and the desire to live. In absolute safety you can enjoy breathtaking views and admire villas and colorful

The Pearls of the Lake: Villa Carlotta

Private boat tour to discover the Pearls of the Lake: Villa Carlotta, Villa del Balbianello, Bellagio, Varenna, Tremezzina. A blaze of beauty and colors. With an exciting “race” on the water, we will reach the first jewel of our lake: Villa Carlotta. Villa Carlotta is an ancient residence built at the end of the 17th

The Pearls of the Lake: Villa Balbianello and Bellaggio

The Valtellina path is a 114 km cycle-pedestrian path that starts from Lake Como (Colico) and slowly climbs the valley bottom flanking the river Adda to end its run in Alta Valtellina, in Bormio. The Valtellina Path is basically a long and flat cycle path, ideal for families and for a large part dedicated exclusively

Easy walking in the heart of Pian di Spagna, toponym which, together with the Forte of Fuentes, recalls the Spanish domination in the area. Starting from Infopoint Colico, we will proceed towards L’Ontano beach and then we will take the small path and the beautiful carriage road that leads to the first Fort: Montecchio Nord.